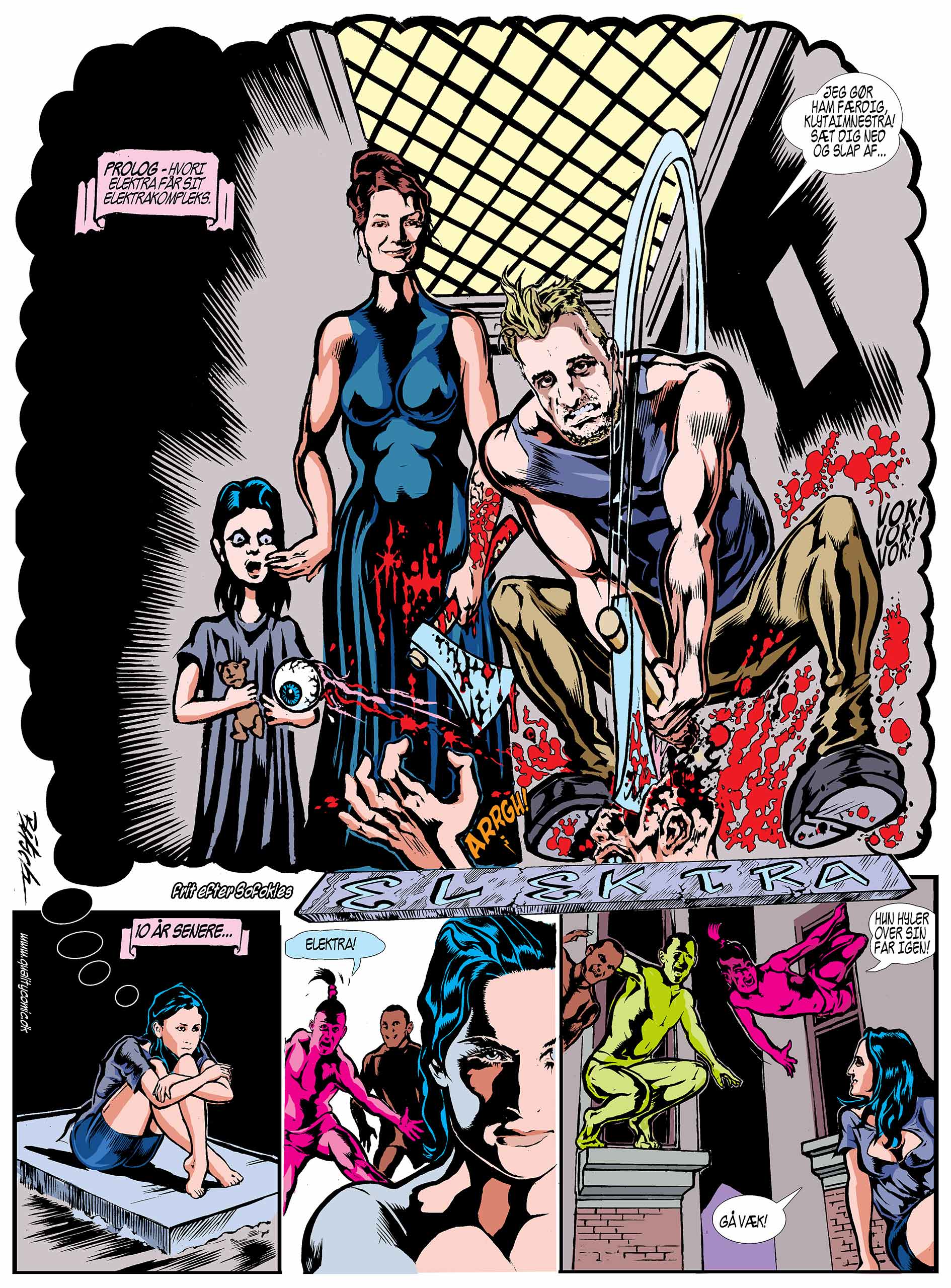 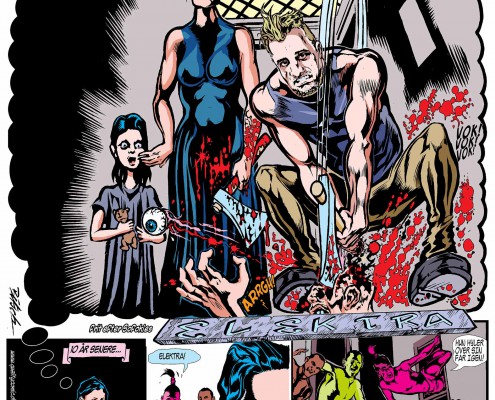 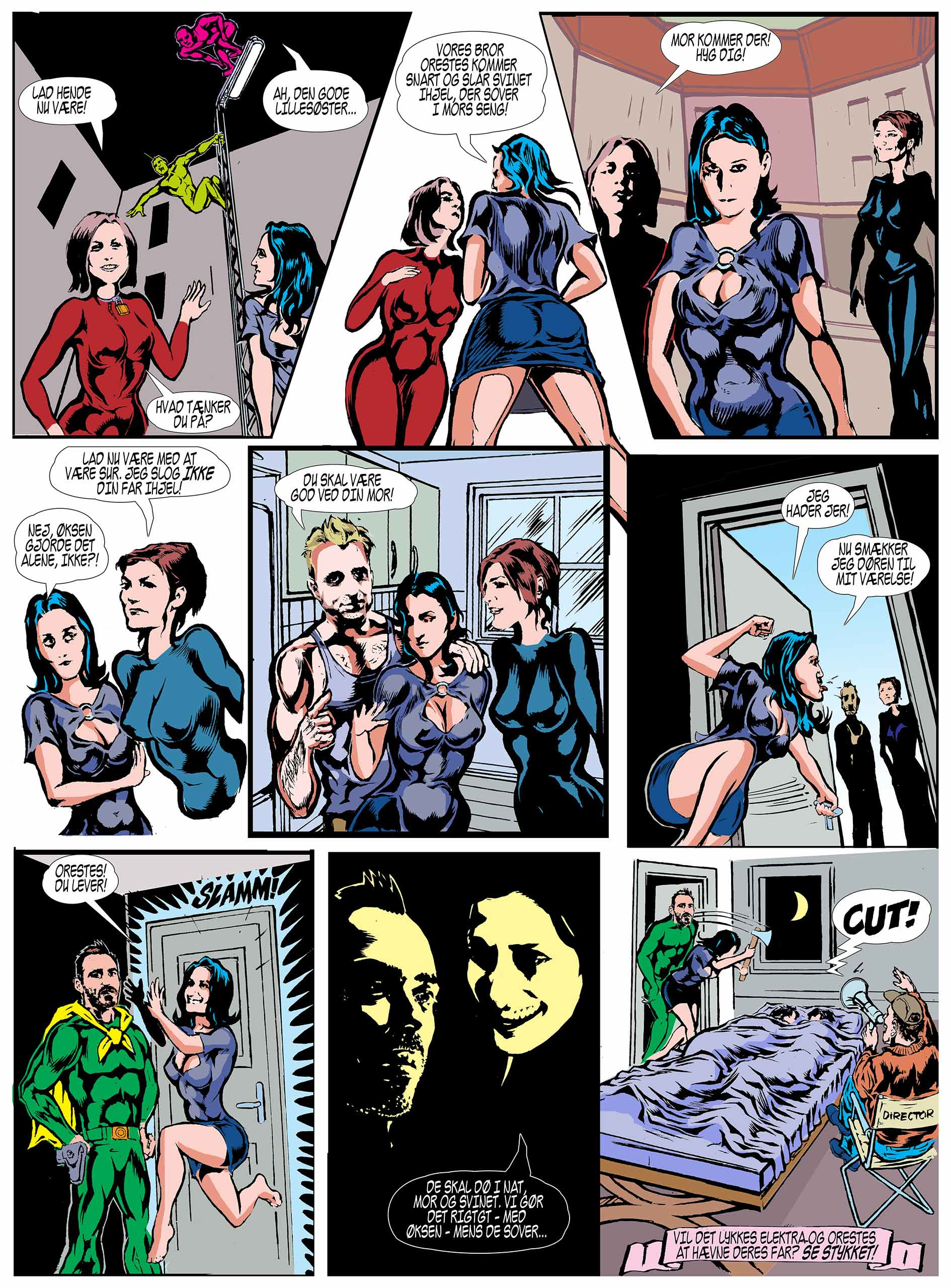 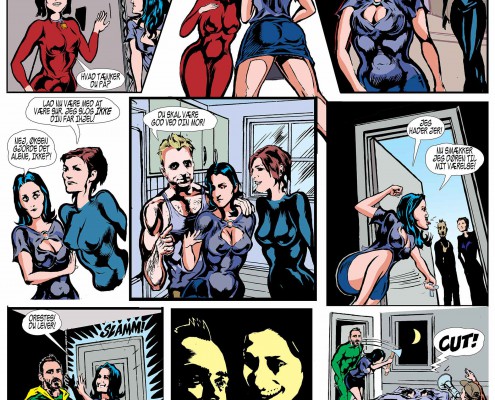 ELEKTRA is included in this portfolio as an example of Graphic Storytelling – how to take a comprehensive epic and boil it down to a two pages comics story.

ELEKTRA was performed in 2010 at the Betty Nansen Theatre from the concept that it is “the ultimate teenage rebellion” – with the main character Elektra growing up on a desire for revenge against her mother and stepfather.

The story is adapted from Sophocles, and to emphasize that the classical and mythological generational clash is thematic relevant to contemporary popular culture, the theatre got Jorgen Bitsch to retell the story in a comics adaption, while portraying recognizable features of the actors. Danish Actors included: Marijana Jankovic, André Babikian, Andrea Vagn Jensen, Jonas Kriegbaum and Caroline Dahl.

ELEKTRA ( Directed by Niclas Bendixen) played from September to November 2010, although with a markedly different set design and costume design than the one from the comic.