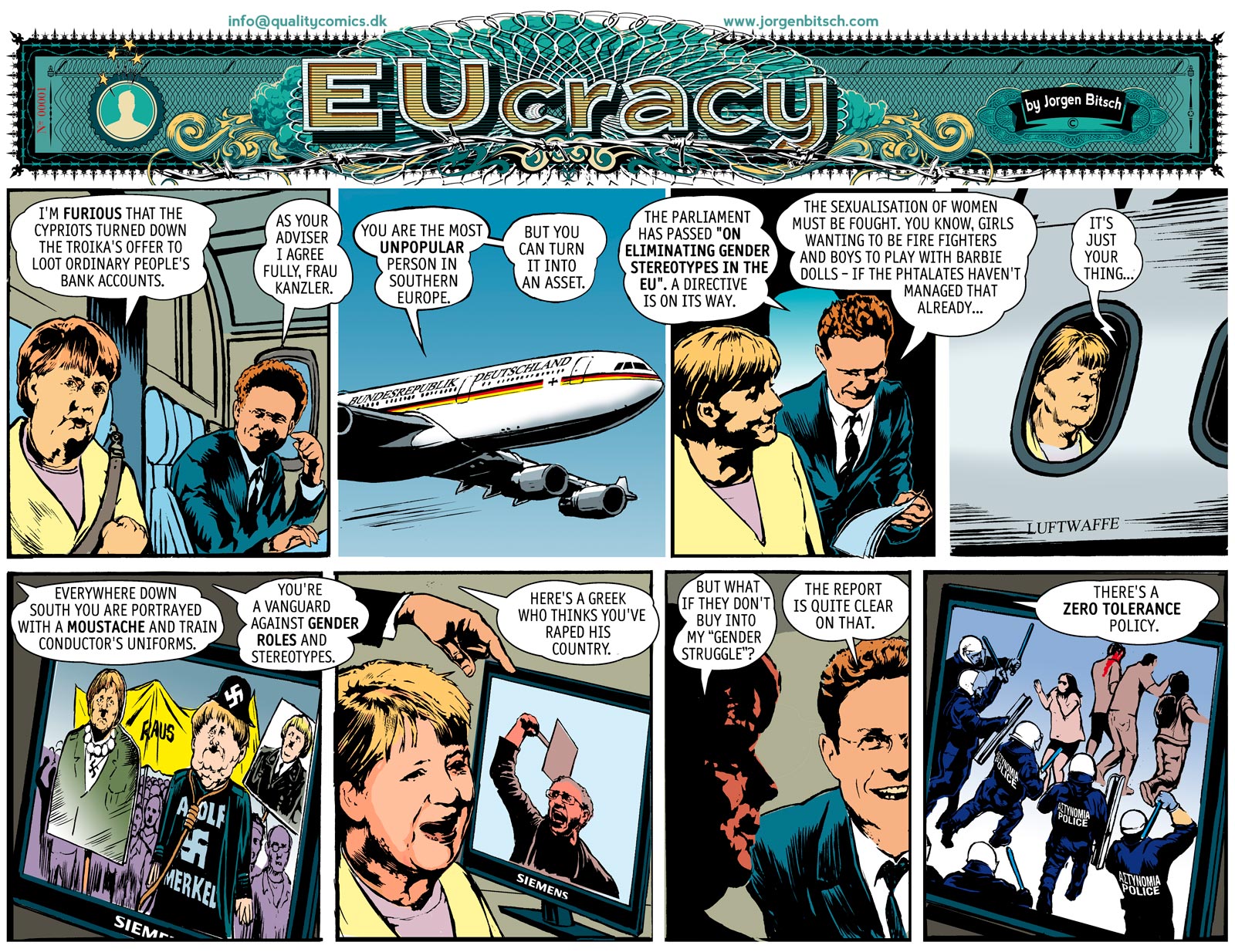 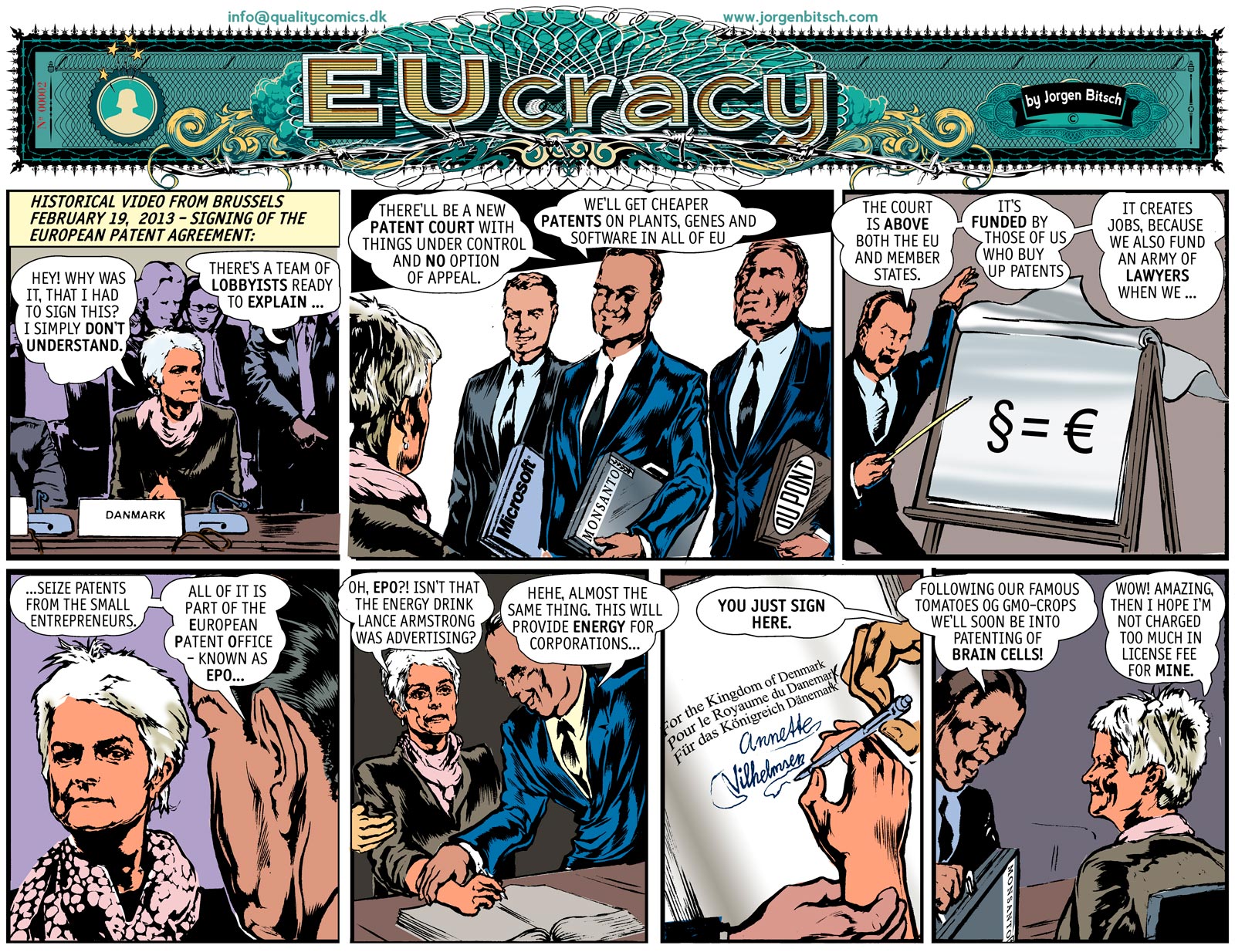 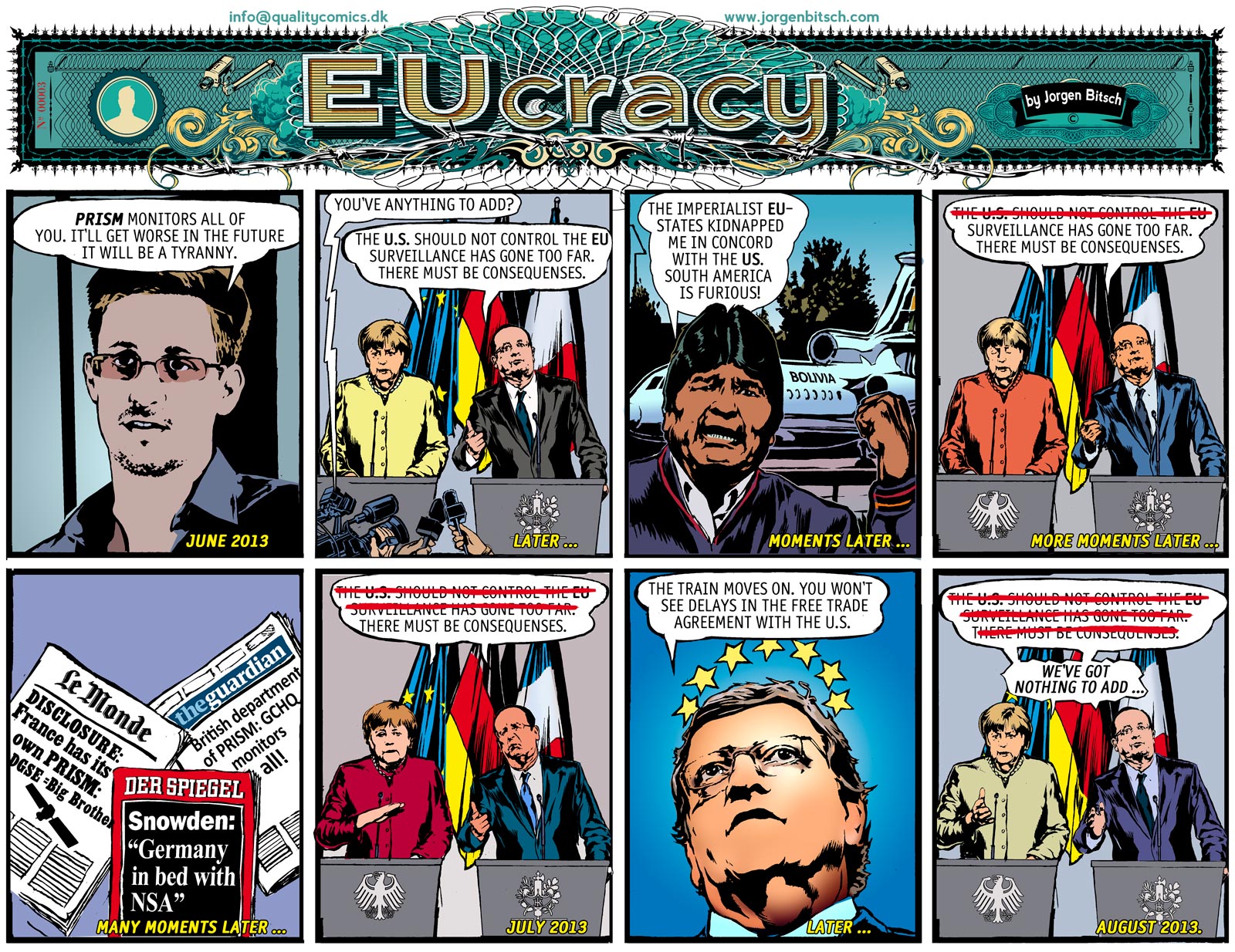 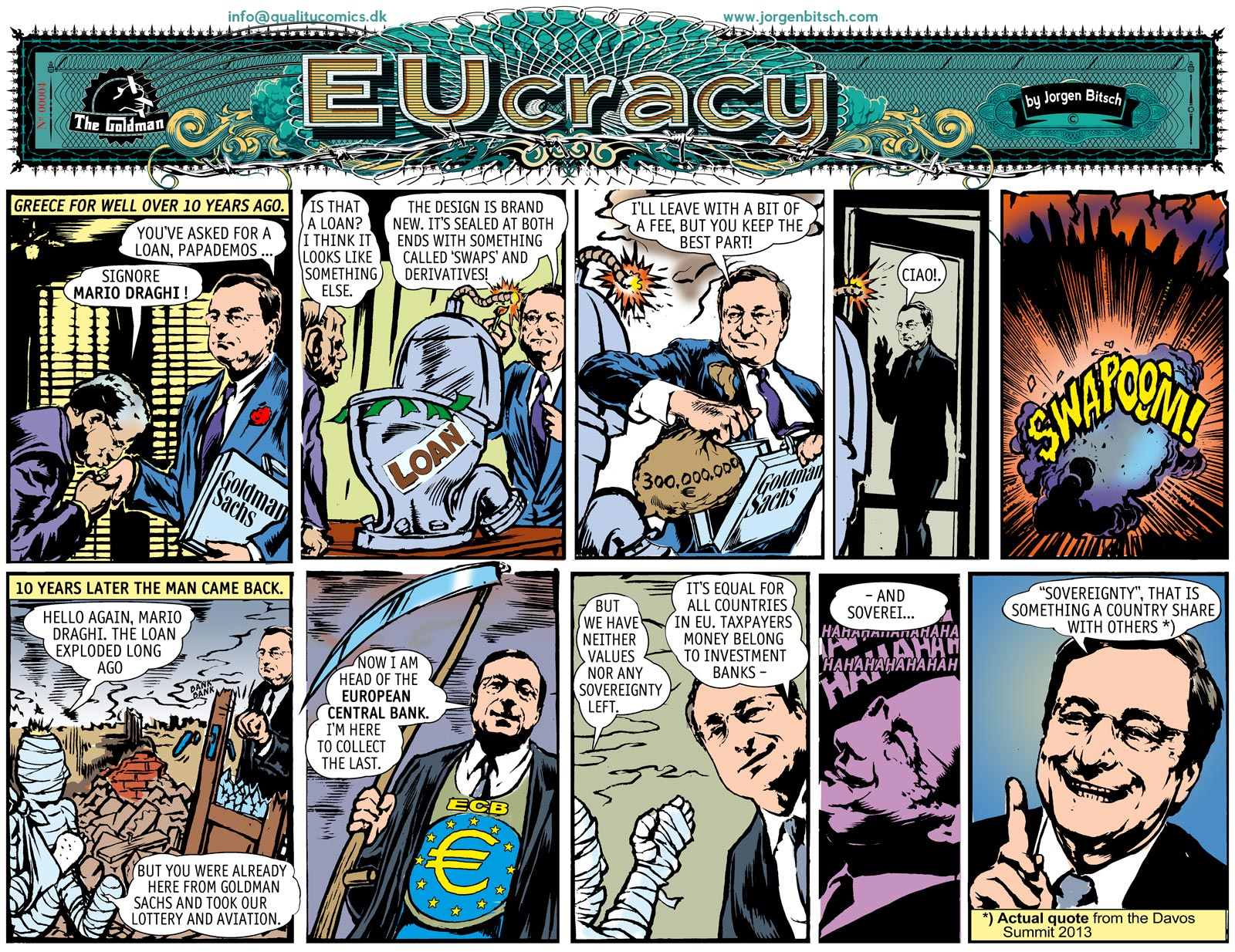 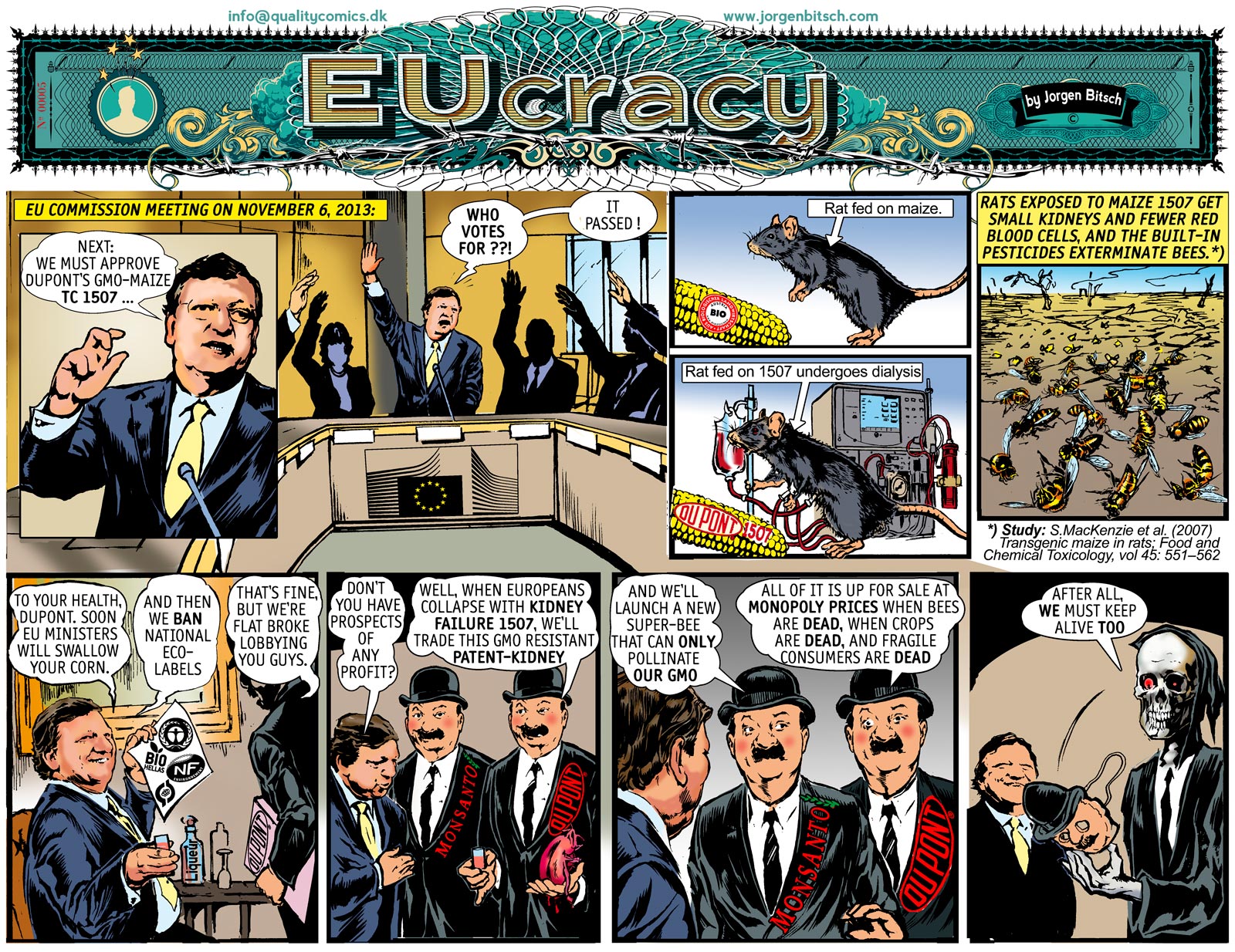 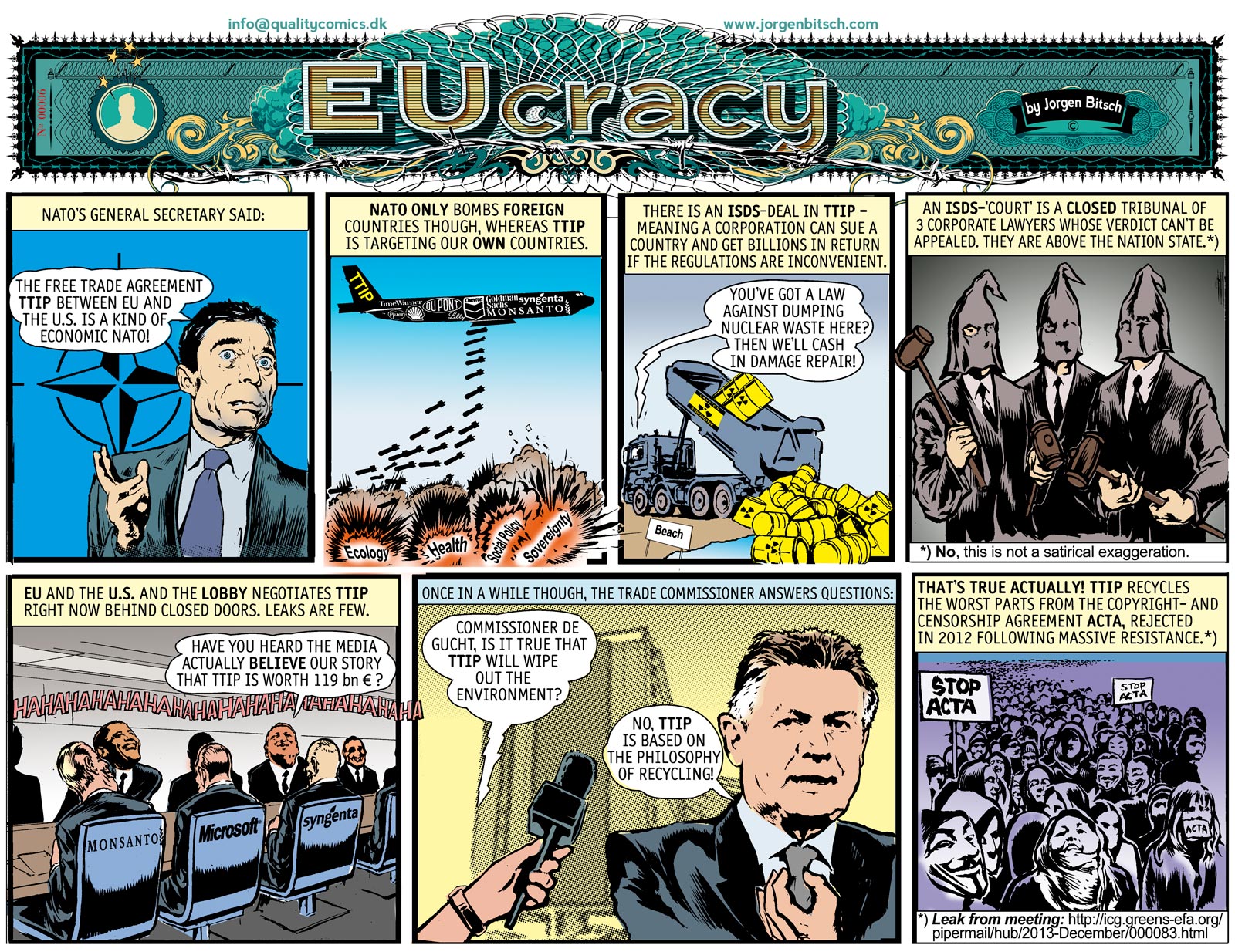 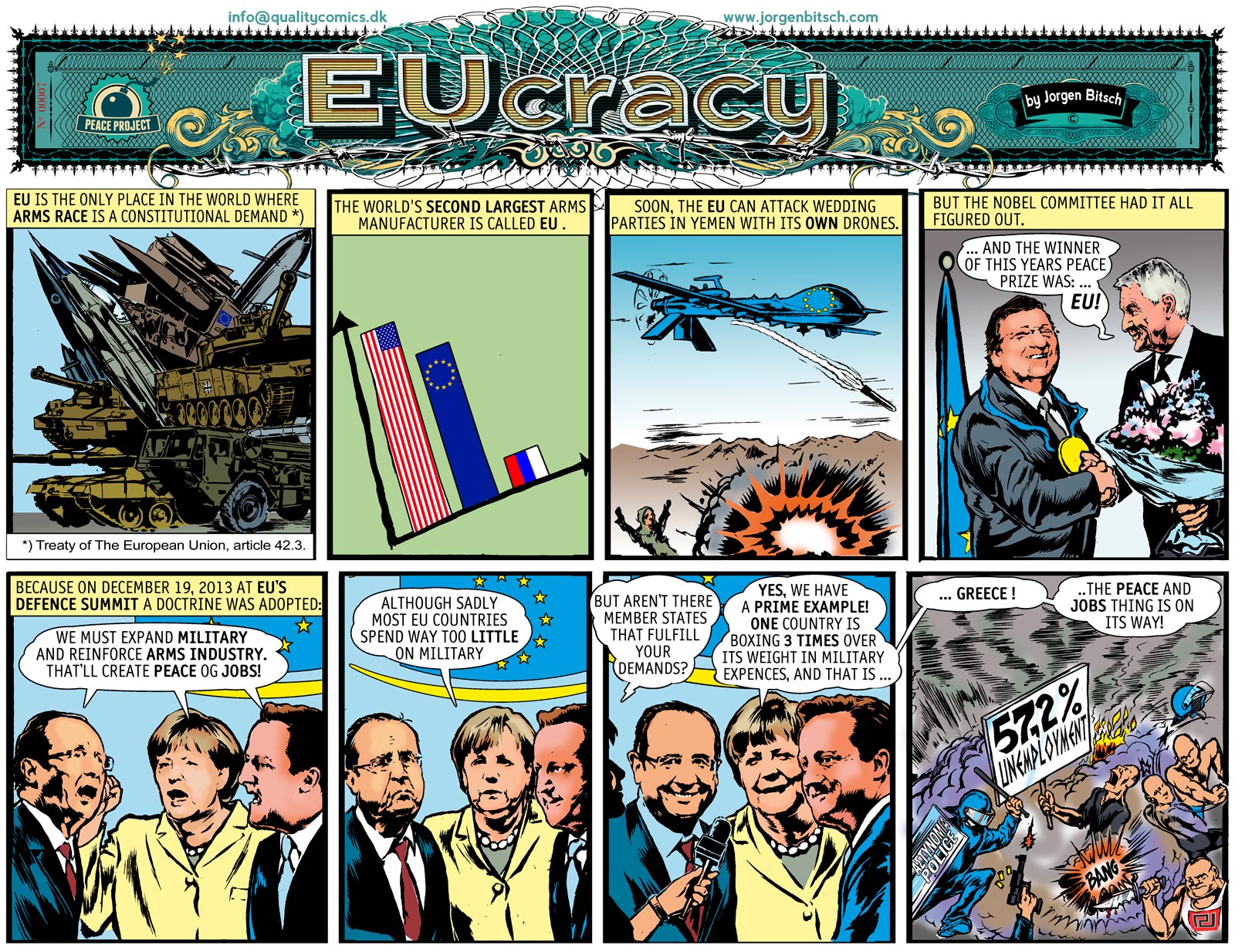 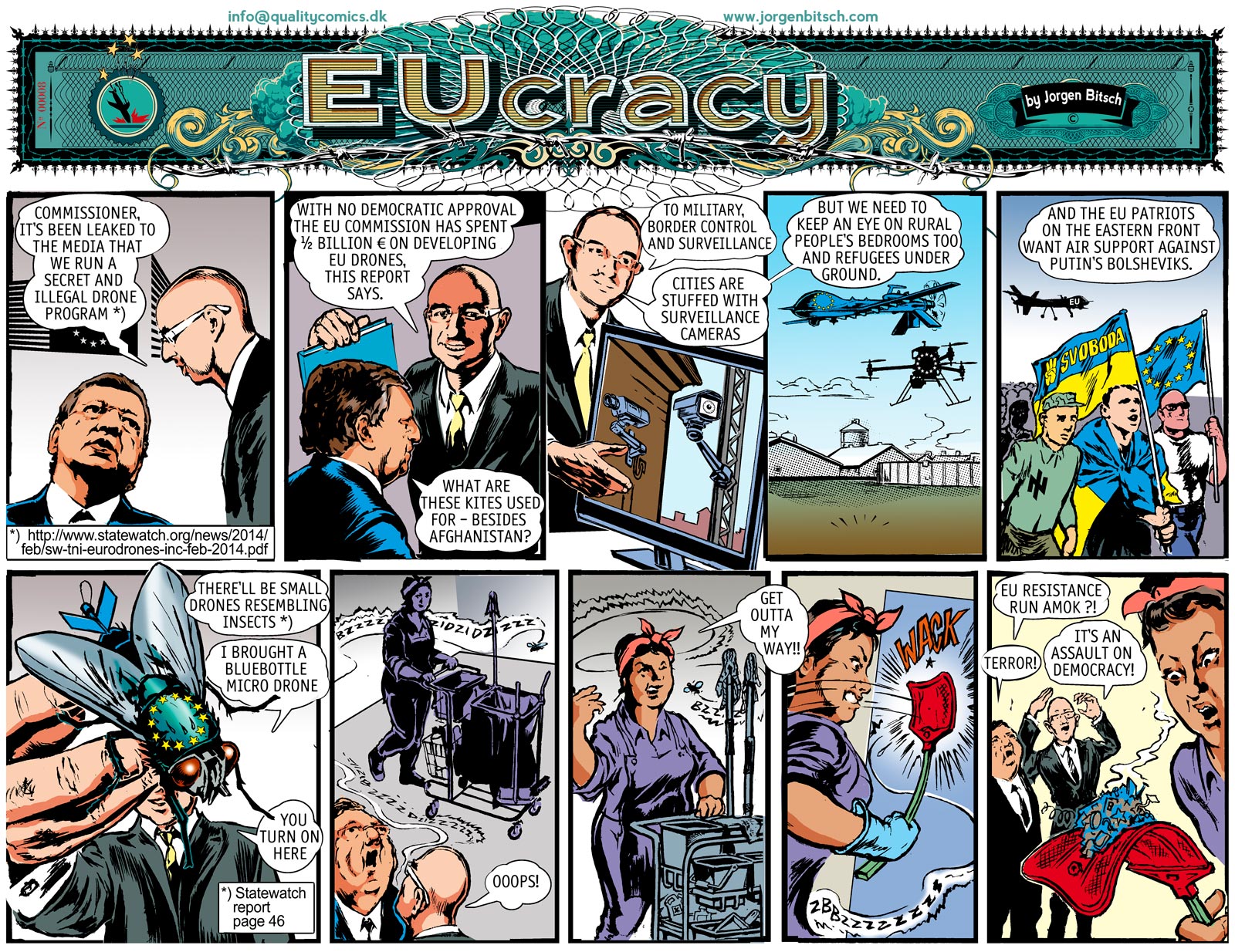 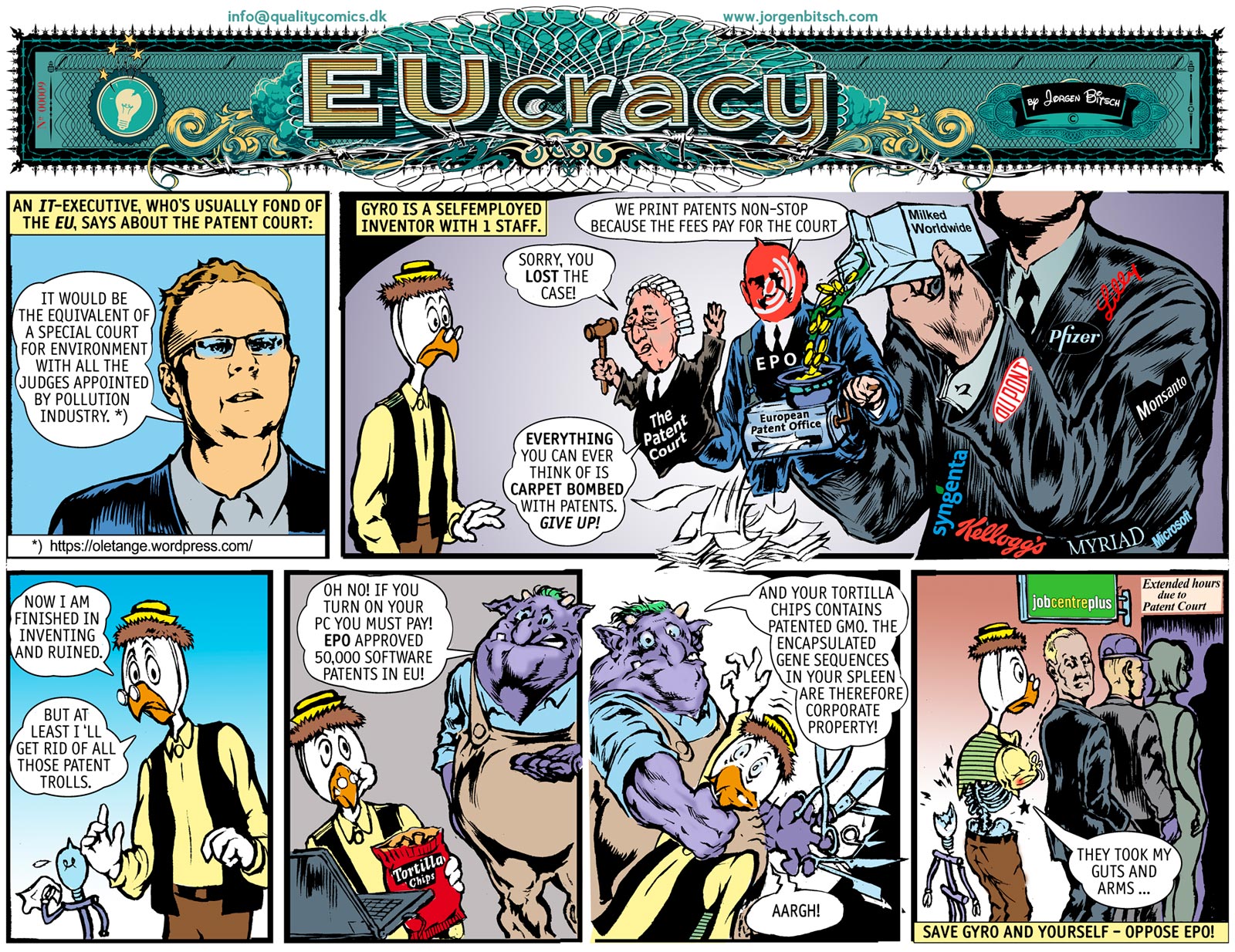 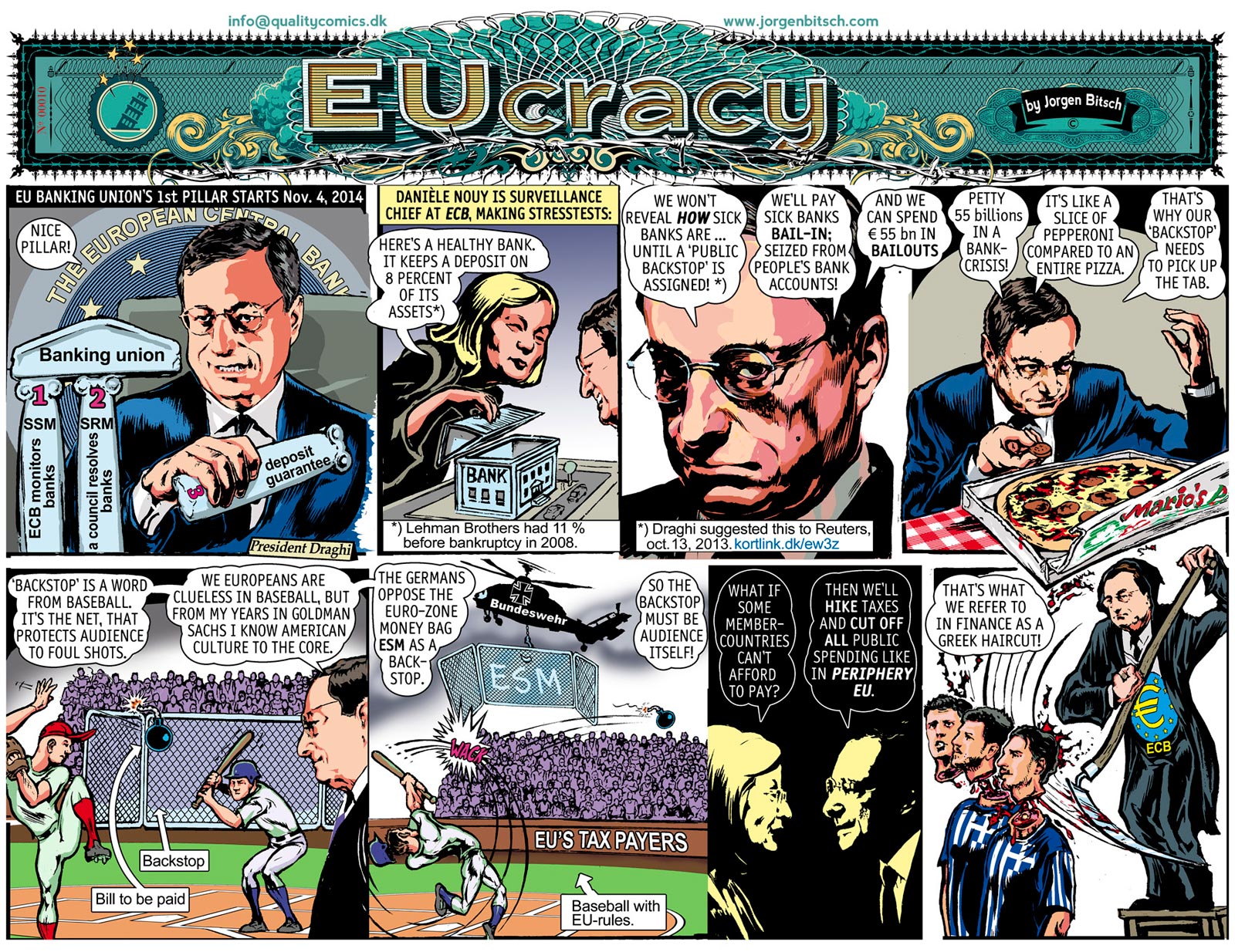 EUcracy is about the supposedly good and reasonable governance of the European Union.

In a behind the scenes disclosure of European political affairs, EUcracy points out many hard to believe facts about EU power structures with a frequent use of footnotes in order to present Political Documentary – otherwise easily dismissed as Fantasy.

While pursuing a critical stand on EU federalism, this piece of comics journalism reaches out for an open minded readership above political affiliation, who will find EU politics both entertaining and scary.

EUcracy aims to spread among EU critics in different countries, thus making headway for the long anticipated Common European Political Sphere, albeit with the EU as the negative rallying point.

Link to the Danish version of Eucracy